What impact does workplace bullying have on your business? 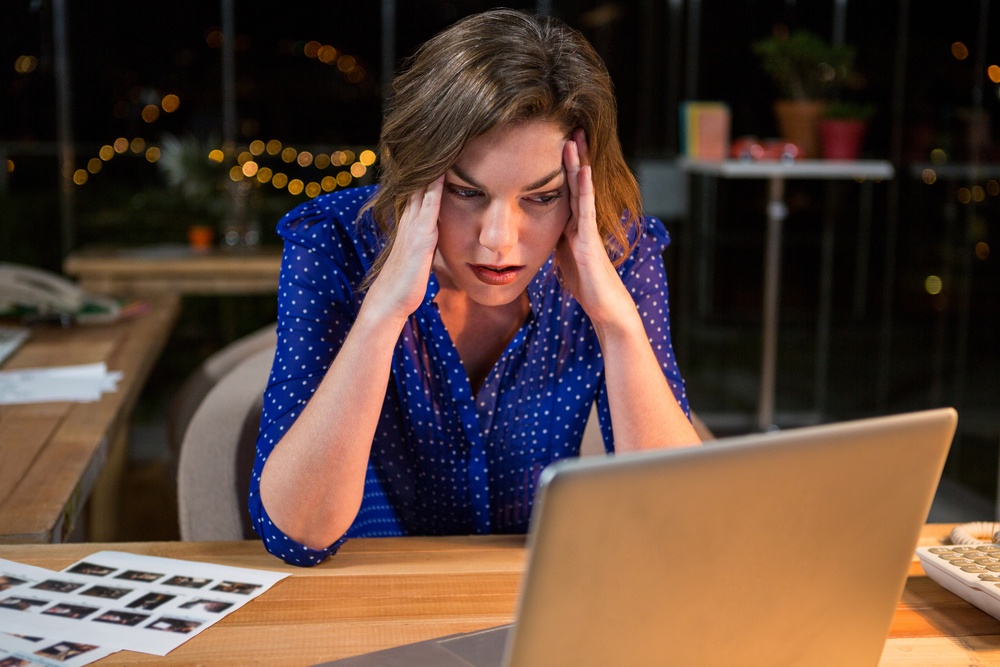 Bullying occurs when people repeatedly and intentionally use words or actions against someone or a group of people to cause distress and risk to their wellbeing. The effects of bullying on an organisation are difficult to measure, but there are certainly wide-reaching impacts on both individuals and the broader workplace culture.

WorkSafe Australia reports 37% of Australian workers have being sworn or yelled at – quite unbelievable that almost half of us have been bullied at some stage of our working life. While such prevalence is an uncomfortable reality, there are important insights in each story which can be a powerful educational tool.

A few weeks ago, a bullying victim (who I will refer to as Sarah) opened up to me about her experience. I will share some of these insights with you in this post.

The Circle of Doom

For Sarah and fellow workmates, every morning, they would present to the General Manager their working objectives for the day, in what they refer to as “The Circle of Doom”. Commonly, task overviews were dealt harsh and derogatory responses, leaving staff feeling very uncomfortable.

“What else will you be working on!?”
“Why are you doing that, that’s not your job!?”
“Surely you can do that more efficiently!?"
“That’s not good enough!”

In what should be a productive, collaborative meeting, staff instead spend most of the time looking to the ground hoping they don’t make eye contact and attract further scrutiny.

As an HR practitioner, I was suitably mortified to learn of the GM’s conduct. I assume they were attempting to apply the principles of Agile Leadership where daily briefing and planning sessions are common. If so, the GM is missing the mark. Instead of meeting these desired objectives, as outlined in the table below, they are creating a hostile environment where people are anxious about coming to work, feel ridiculed, humiliated and stressed.

Sarah and her colleagues are the victims of bullying. 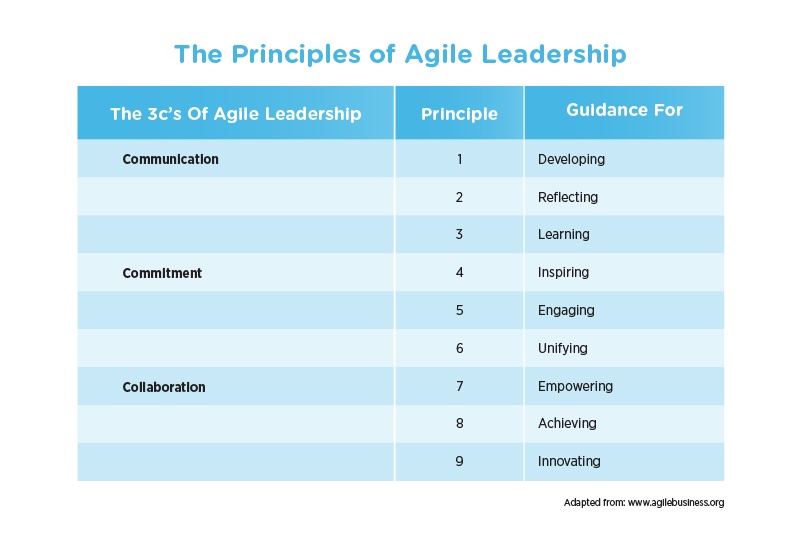 I asked Sarah why she thought the GM behaved in this manner. What were they trying to accomplish? Her response was simple “I think she just enjoys humiliating people; it’s a power thing...”

Sadly, the behaviour of this Manager has now impacted the way other people interact with each other at work which echoes the insights covered in last month’s blog on Creating a Positive Workplace Culture. Resultantly, there is no sense of comradery or team work; stakeholders act as individuals just trying desperately to keep their head above water and avoid being shamed at tomorrow’s ‘Circle of Doom’.

So, what is the impact of workplace bullying? In the case of Sarah’s Manager, bullying has resulted in a toxic workplace culture where employees are unmotivated, driven by fear and spite, feel insecure and spend their days dreaming of a way out. The culture in this organisation would undoubtedly lead to high staff turnover and have a detrimental impact on the overall operations and profitability of the business.

Sarah's story is one of many I could share regarding bullying in the workplace. In my opinion, despite arguments which may suggest otherwise, there is no clear demographic or stereotype of a bully. One common trait, however, is the desire to feel more powerful and in control than another person at any cost. In fact, for most bullies, the greater the impact they have on their victims, the greater their sense of power and hence the repeated nature of bullying.

Who are the bullies?

Studies have shown that autocratic management styles do not work. To reach optimum performance, employees need to feel respected at work as they do in life and want to work in an environment where they are treated fairly.

I would like to believe people don’t set out with the objective of becoming the ‘workplace bully’. No doubt in situations where employees/managers are suffering pressures including excessive workload, restructures and cost-cutting, their behaviour will be adversely impacted. Effective leaders will recognise these periods and monitor staff behaviour ensuring that employees are coping and offer support accordingly.

Another common theme I hear when talking with victims of bullying is that their manager was promoted into their role and has received no formal training in how to manage staff. In this instance, the Manager may feel insecure about their capabilities and as such, ineffectively asserts their authority in other ways.

Secondary to their own behaviour, untrained managers may lack awareness of legal obligations, intervention and management of unacceptable workplace conduct. It is the responsibility of the organisation to ensure their Managers are trained in the foundations of Respect in the Workplace. This is not only good business practice but is also a legislative obligation of the business given bullying is a breach of Work Health & Safety Legislation and victims may make claims under Workcover or the Fair Work Act. Implicit or explicit endorsement of bullying behaviour can result in civil fines against individuals and vicarious liability for employers.

There is also, of course, the instance where the bully is the boss; the most challenging situation to deal with. As you have heard 'the fish rots from the head', never more evident than the instance of when the leader of the business bullies his or her team. These inappropriate and destructive behaviours are likely to have a domino effect throughout the entire organisation.

Another common scenario is when the bully is the top performer and as such the organisation is reluctant to address behavioural issues at the risk of losing a valuable commodity. In this instance, the bully feels untouchable and is not held accountable for their behaviour. Reed Hastings, the CEO of Netflix reminds employers “Do not tolerate brilliant jerks. The cost to teamwork is too high.” Managers are answerable for all actions of their team members, don’t allow perceived success to cloud your judgement between what is right and wrong – you are obliged to provide an environment that is safe for all staff, don’t compromise that for the sake of a few.

To understand the impact of bullying on a business, it is necessary to thoughtfully consider the impact on the victims.

Employees who are bullied are likely to experience some level of psychological and emotional distress. They may also suffer from sleep disturbances, impaired cognitive ability and feelings of anxiety and depression. Stress could manifest physically in the form of
stomach/back/head-aches and general ill-health. Undoubtedly their productivity and attendance will be adversely impacted as well as their self-confidence, esteem and morale.

The worst scenario could be suicidal thoughts. It’s reported that 1 in 100 workplace victims either attempt or succeed in committing suicide due to workplace bullying. Irrespective of whether you have experienced the loss of a loved one through suicide, I think we would collectively agree that this is completely and totally unacceptable, that the way someone is treated at work could result in them ending their life.

On the final point, some workplaces never fully recover commercially from public claims of inappropriate behaviour including workplace bullying. Two years ago, the Weinstein Company was valued at $800 million, a month ago it was saved from bankruptcy at the 11th hour – all due to the behaviour of one of the company’s co-founders, Harvey Weinstein.

As both employees and managers, we all have the obligation to ensure that bullying is not tolerated and that we advocate for others when we witness inappropriate behaviour. As Theodore Roosevelt said, “knowing what’s right doesn’t mean much unless you do what’s right.”

I would challenge you to do something, say something, do your bit to try and drive some change. Hopefully, by taking a stand, it will make a difference – to you, to a colleague, to your business in general.

To me, the impact of bullying on your business is obvious and hopefully, after reading this article, it is just as clear to you. Respectful and tolerant behaviour creates a positive work environment where productivity is higher, loyalty and tenure are greater, and employees are happier. Environments, where a bullying culture exists, are toxic, they have difficulty in retaining and attracting quality talent and have a workforce suppressed by fear and insecurity.

I know which alternative I would want – what about you? 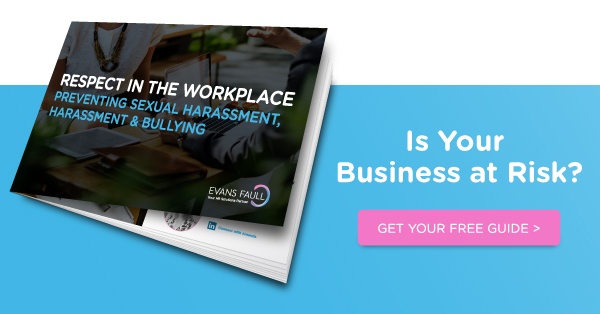